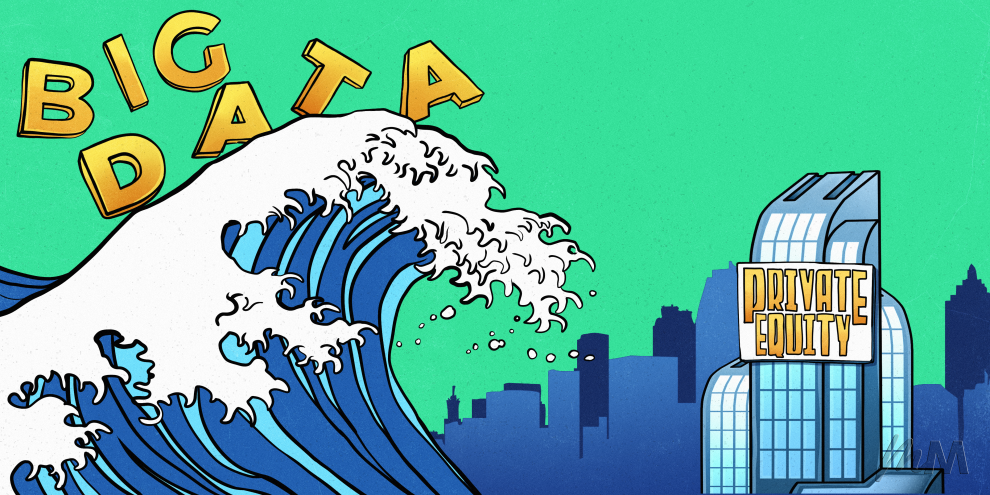 The rising impact of data science is coming to further fruition as the Private Equity world embraces the impact of Big Data. Wharton graduates Picahe and Jaffer were one of the first to identify this and built out TwoSix Capital a data analytics platform that has helped private equity firms close over 27 billion in closed deals since its inception in 2012. Based in San Francisco the pair think of their company as launching the next wave around “data-powered investment”.

Private equity firms are essentially attempting to use data science to help predict growth of their portfolio companies. Moving away from a sort of “finger-in-the-air” approach rooted in intuition to a data-driven approach. If they can do this better or faster it can help them in three fundamental ways. The first being to help identify the deals, then in conducting due diligence (an area TwoSix has created a product offering for) and finally to actually deliver operational value to these portfolio companies they have invested in.

“Right now in the industry, when most associates at a private equity firm go to sell [a company], they [just] put ‘12%’ in there. It is a relatively finger-in-the air approach,” he said. “But we — because we count every customer, every transaction — get a much more granular perspective.”

TwoSix Capital essentially uses a number of standardized analysis and 18 machine learning models to understand the data and paint the picture of how well a company is actually doing.

Private Equity funds like Blackstone have dramatically increased their team of data analytics staff over the last 5 years from 0 to 14 (as of Jan 2020 according to Assant – head of European private equity at Blackstone) and are utilizing their insight to help win deals with management teams. For an American company that cleans food factories which Blackstone purchased in 2018, the team aggregated tens of thousands of data points on their potential clients. “The management team said it was awesome – our data team helped swing the deal.” said Assant.

Marc Utay managing partner at Clarion Capital sees the application of data analytics and data science to private equity still in its nascent stages with a low-velocity business his firms sees 2-3 deals per year so its difficult to judge its value. “Come back and talk to me in 10-15 years and I will tell you how good our algorithm was.” In further expanding on the challenges of adopting analytics he said “Do we really have the people in place that can actually absorb and use some of these tools?” Simply “hiring a smart guy in data science” isn’t really going to address that” he said.

Sentiments I would certainly agree with. On one hand you need data scientists that can apply data science to these portfolio companies directly delivering value within them. For this, I would argue that probably any “smart data guy/gal” could do the job. However in delivering value at all 3 levels I describe earlier (sourcing, due diligence and operational value) surely a specialised skill set that understands the process of and has the domain expertise in the private equity world must be had? That is a rare skill that will be difficult to pull together with an industry in still such a nascent stage of applying big data and its tools to private equity.

May is a student of data science. She is also a career strategist fascinated by the world of Big Data and sharing insight.

AI to fight COVID-19 with new database of scientific articles
In The Money: New Data Hub for UC Berkley
Comment