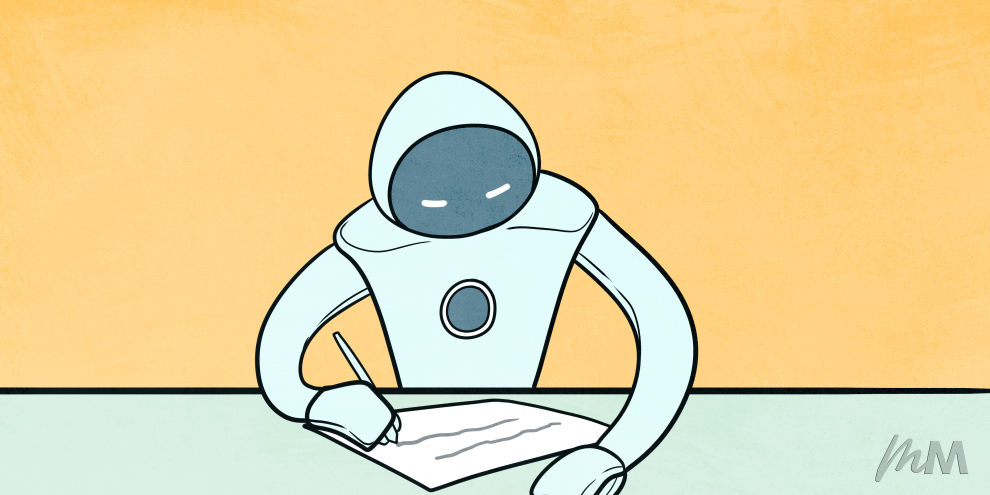 Machines and humans have long since started working together. A single voice command can open the house lights, start a call, or even drive a car. It wasn’t a problem for any of us, albeit the initial fear of being “taken over by robots,” up until AI started to tap into the tasks we never imagined it crossing.

The arts have always been for human expression. We always believed that experiences shaped the things we could create. So when AI-created art entered the picture, it’s no surprise that many were not happy with the development.

AI and the writing industry

It’s scary to see news pop up of journalist layoffs and machine-generated articles getting published. There’s even been an ongoing debate on how AI can affect the writing industry, particularly journalism.

The million-dollar question is, “Will AI kill or save journalism?” Currently, newsrooms use AI for more tedious tasks, like gathering information and distributing articles. For work that involves deeper research and writing, we’re still dependent on human journalists.

However, media outlets are getting more experimental with using AI in their regular work tasks. The Wall Street Journal tried it out for transcription, while The New York Times tested AI for personalizing newsletters and moderating content. Indeed, a lot of functions have been replaced with technology, and journalists are encouraged to adapt to the changing times.

GPT-3 and the published article from The Guardian

In 2017, OpenAI sparked controversy after introducing GPT-2 – an AI program that could create articles from the very little info it’s fed. The technology was so advanced that even the company and its partner Elon Musk refused to make the code available to the public.

Today, we’re met with another breakthrough from the same company. Say hello to OpenAI’s new AI language generator, called GPT-3, which created a lot of buzz with its potential. Many were excited to try out the new program. Could it really write articles better than experienced writers?

Media outlet The Guardian was one of the first to try it out and recently released an op-ed written by GPT-3. The topic? To convince us, humans, that robots come in peace. The bot was fed a few requirements and a prompt for the piece before it started generating the article.

From the get-go, the article’s grammar is flawless. The sentence flow is impeccable. You wouldn’t be able to tell that it’s machine-written. All of these are impressive, except that AI is only a language generator. It has no touch of reality.

GPT-3 definitely has the potential to create compelling articles. Even the editors of The Guardian could admit that its output is a step ahead of man-written text. However, a quick experiment by The Technology Review shows that it still has a long way to go in terms of comprehension and reasoning.

Described as “arguably useful, but never reliable,” The Technology Review reveals that GPT-3 has yet to perfect its causal understanding and coherence. Its problem lies not with syntax, but with semantics. And this is because it only learns how people use words, not from real-life experiences like humans do.

Everyone knows that AI is extremely powerful, and no one doubts what else it can do in the future. However, what makes writing unique is the thought that comes into the words, similar to how we value handmade items over mass-produced commodities.

If you think about it, machine articles aren’t that far off. It produces content from what we feed it. Instead of looking at it as a threat, perhaps we could further explore the possibility of creating better art through human experiences and machine abilities.

The fear of AI advancement (and the “impending doom” that it will someday wipe out humankind) stems from mere assumptions and a few horror movies. We tend to forget that it is we who feed these machines and dictate how it should respond to us.

We’ve come a long way in terms of AI, and we’re nowhere near creating the perfect bot. Until then, let’s embrace innovation, adapt to the new technology, and allow it to do what we intended it for in the first place: to make our lives easier. 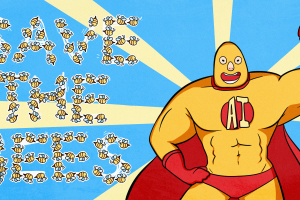 Save the bees: Can AI, IoT, and Big Data step in to help? 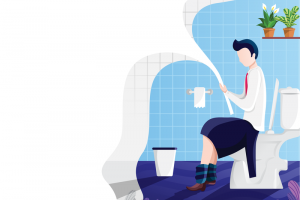 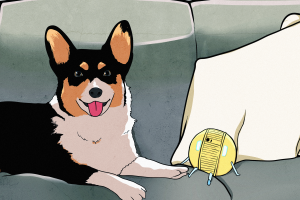 Fighting Hunger One Machine Learning Algorithm At A Time
Knock, Knock – Its Dr Data! : How AI Is Taking Over Healthcare
Comment